So what is a Fakra connection?

FAKRA connectors are utilized within the automotive industry. Standard uses for FAKRA connectors are coaxial connections on devices with external antennas; such applications include SDARS, Cellular, GPS Navigation, key-less entry and satellite radio.

How do you tell the difference between each fakra?

The FAKRA connector provides a mechanical key feature along with a visual colour code to differentiate between applications. 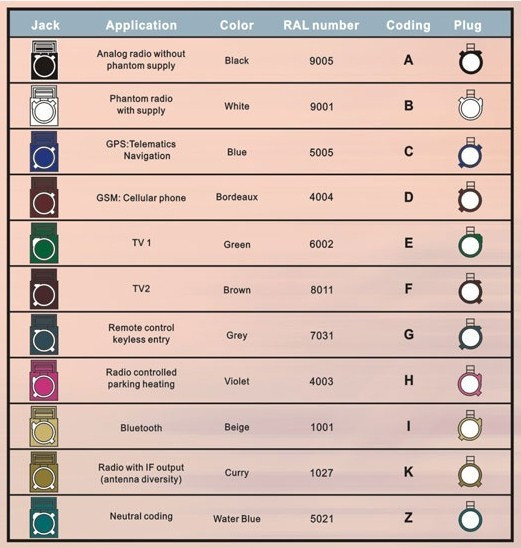 Fakra connections are usually found on most vehicles audio systems after 2005, especially German vehicles. If you have a standard navigation unit for example, you will most likely found your factory fitted GPS aerial has one of the above fakra connections.

ATD are now producing a line of fakra adaptors which means you can convert your standard GPS, TV or DAB aerial into an SMA connection which is typically what our head units use.

We have put together this information page here for customers to check out what maybe on their car. Fakra's are colour codeded and also lock into position in a certain way. Although many look the same physically but if they cannot lock and connect, the adaptor you have will not function.