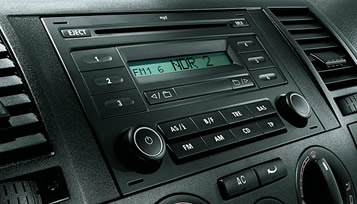 This is usually found on the earlier models up to late 2008. It has four slots for key release. Some T5's have the single DIN with 2 key release slots and a pocket underneath it.

Models up to 2006 were more commonly on ISO plug fitment. 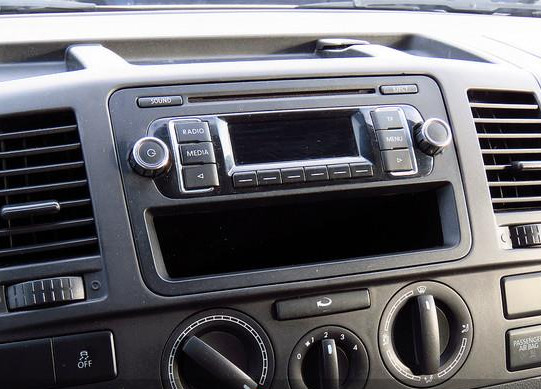 This was more commonly found on the T5.1 models but it is also on some T5 models from 2005 onwards. This stereo is secured by 4 screws behind the fascia panel.

If you have a model prior to 2010 on Quadlock with either of these stereo shapes, you will find there is no +12v accessory/ignition feed to it. The factory stereo can actually turn on by the power switch for over an hour by pressing the standard standby button. So when you come to fit an after-market stereo, you will need to connect a +12v switched accessory/ignition feed into the new head unit.

Here is the VW Quadlock plug: 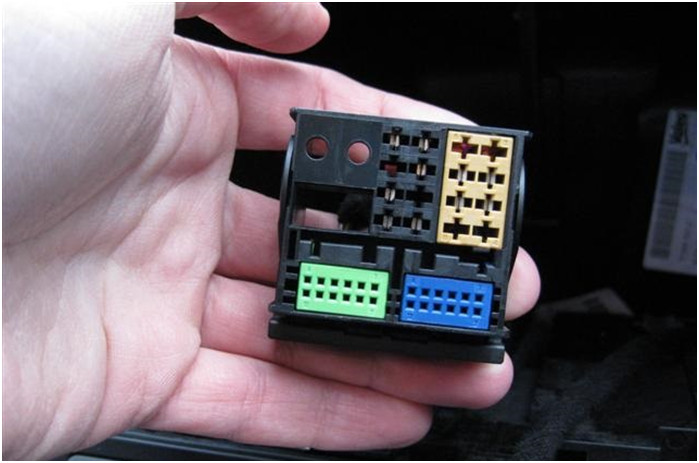 If you have this plug and you've purchased one of our units which is supplied with an ISO cable as standard then you will need to purchase a Connects2 CT20VW01. 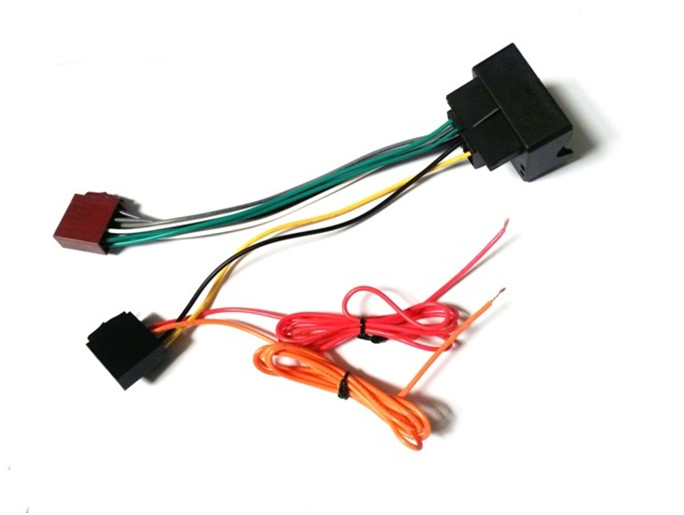 You will see both the RED ACCESSORY cable and ORANGE ILLUMINATION are both lose. This is because both need to be connected to a +12v ignition source so the head unit will turn ON and OFF with the keys.

You can wire them directly to a spare ignition fuse that produces +12v only when the ignition is on OR you can connect them to the switched live feed that is going to the nearby ASR switch: 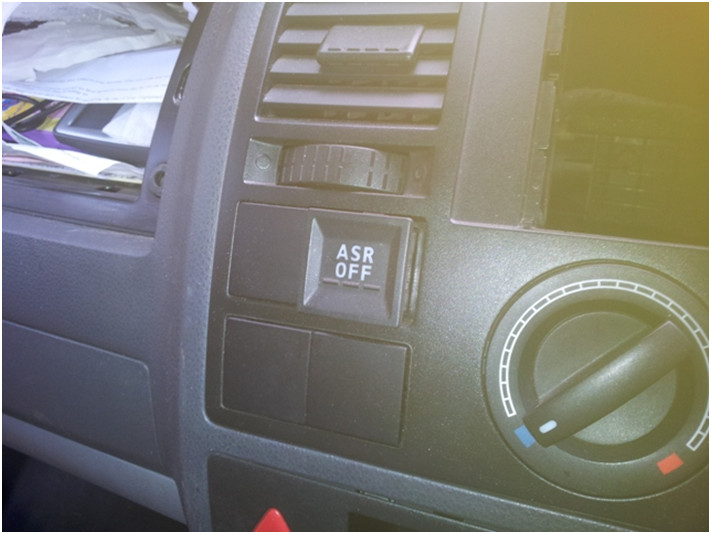 The plug that goes into this switch is shown below. However, please double check the cable with a multi-meter as some models may have different coloured cables and/or the switch cable in a different position. 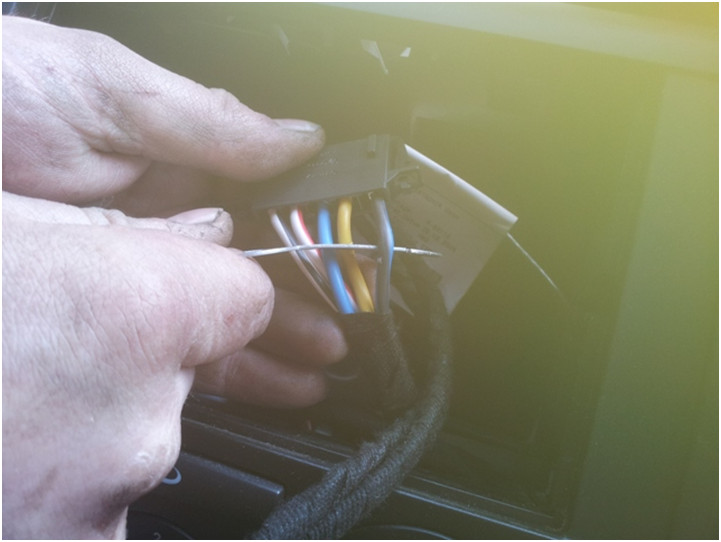 You can tap into this feed by using cut and crimp or scotchlock. Make sure everything is well insulated and tightly secured.

We hope this right up helps some of you with installation.